Showing posts from January, 2021
Show All

Today is my birthday, I'm 62 today. I'm British and I'm officially a grumpy old man. So am I allowed a little birthday rant? My topic: The failure of software developers to internationalise dates irritates much, much more than it probably should! Well, it is still my birthday in the GMT/UTC time zone. It's 3/1/2021. In a significant chunk of the world it is or recently was 3/1/2021. So why the expletive are Google still sending me stats that say it's the 1st of March (1/3/2021)? On the increasingly rare occasions they send me cheques they're in pounds, not dollars. So why are they still getting the date format wrong for most of the bloody world? Sadly Google are not alone. Some British companies get this wrong too, which is even worse. Here's a list of the countries and the date formats they use. This is according to the gods of Wikipedia (so it must be right!) M/D/Y isn't that popular is it? Maybe the Google developers should start usin
4 comments
Read more

Another New Application for 2021 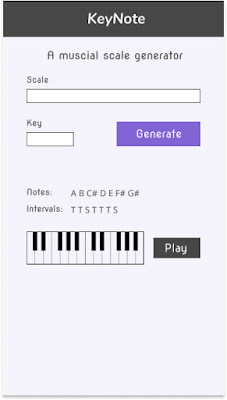 Following on from my announcement that I'm planning to start work on two new related apps fro 2021 I realised that the MIDIView app I announced will only test reading MIDI files, when the most important part of the main MathsNMusic application with respect to MIDI will be to write MIDI data. Duh! So I've decided to add another little app to the list. This is one that I was originally planning as a web app and abandoned. It's called KeyNote and will display the notes of various musical scales and, crucially for researching MIDI, will play them. There's a new GitHub repo for KeyNote too. It's delphidabbler/keynote . EDIT: There maybe a change of plan - I got distracted! Here's a mock up for the web app that I did several months ago in Figma: And here's a provisional design in the Delphi IDE: The piano keyboard component can wait: can't find an open source one, so it looks like I'll have to build one ... eventually!
Post a Comment
Read more 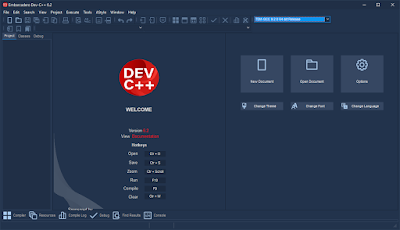 The other day I heard for the first time, from Jim McKeeth, about Embarcadero releasing a new version of Dev C++ that they'd forked from Bloodshed Dev-C++ and Orwell Dev-C++. It's an open source, free, C++ IDE. I'm probably late to the party, and most of you know about this already, but I thought I'd share anyway. What's this got to do with Delphi? OK it's a bit off topic, but it's written in Delphi! I've downloaded the portable version to have a tinker with. Now it's C++ (shudder!) and it's, thankfully, been years since I wrote anything in C, but I'm curious. Did I mention I'm an old tight wad and it's free? There are several themes available. I've chosen a dark one: If you're interested you can read more and/or download it on GitHub or on the Embarcadero site. Contributions to the project are welcome.
Post a Comment
Read more

January 01, 2021
If you're celebrating new year today, have a happy one. Let's hope it's somewhat better than 2020. First new year's resolution: I'm making myself start on a new application. As discussed in my previous post I was trying to decide whther to write something that helped in creating sample instruments for the Sforzando sampler or whether to write a program to help generate music from mathmatical sequences. EDIT: Should have known I'd never keep a new year's resolution: I got distracted ! The second choice has won out for two main reasons: I treated myself to the industry standard Kontakt (£eek!) sampler for Christmas. This is so much more sophisticated than Sforzando (£0) and I'll be using that to build new sample instruments instead. (As an aside, the fact that Kontakt has a scripting language that uses the := assignment operator pleases me more than it should!) Mathmatical sequences appeal to the dormant mathematician in me. So, there
Post a Comment
Read more
More posts