End of the line for two of my programs

I've been reviewing my too-big-to-handle collection of repositories on GitHub. Something had to give and I've picked two for culling just now. More to follow probably. 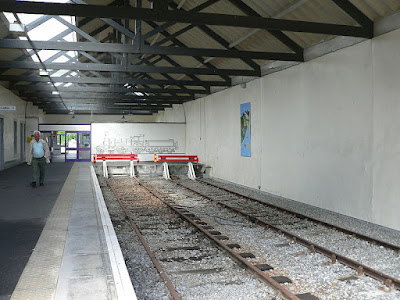 One is the Clipboard Format Spy - a clipboard view that uses some pretty old API calls. It's not had a release since 2014, so I reckon it's time to call it a day.

The other is Version Information Spy - a version information viewer / extractor program and explorer extension. I had a thing about version information resources back in the noughties and wrote quite a bit of code. Last month the program celebrated 10 years since its last release, so its pretty moribund - time to say goodbye. There's still some other version info stuff that I may or may not keep.

Some Features of the Upcoming Delphi 11 (probably)

Before we start, please note that I'm discussing, by special permission, a pre-release product that is subject to change. (Image used by permission) So here's a brief list of what we can (hopefully) expect in Delphi/C++ Builder/RAD Studio 11: High DPI support in the IDE. Design time previews of VCL styles. An improved rich edit control in the VCL - I'm looking forward to that one! Native ARM compilation for Delphi on Macs. An Edge Chromium powered web browser control for FMX. If you want to know more then you can register for a sneak preview event  on 9th September.
Read more